With the U.S. Women’s National Soccer team coming off back-to-back World Cup victories, Celebrity Trending 10 has the most marketable athletes and celebrities that have contributed to the movement. 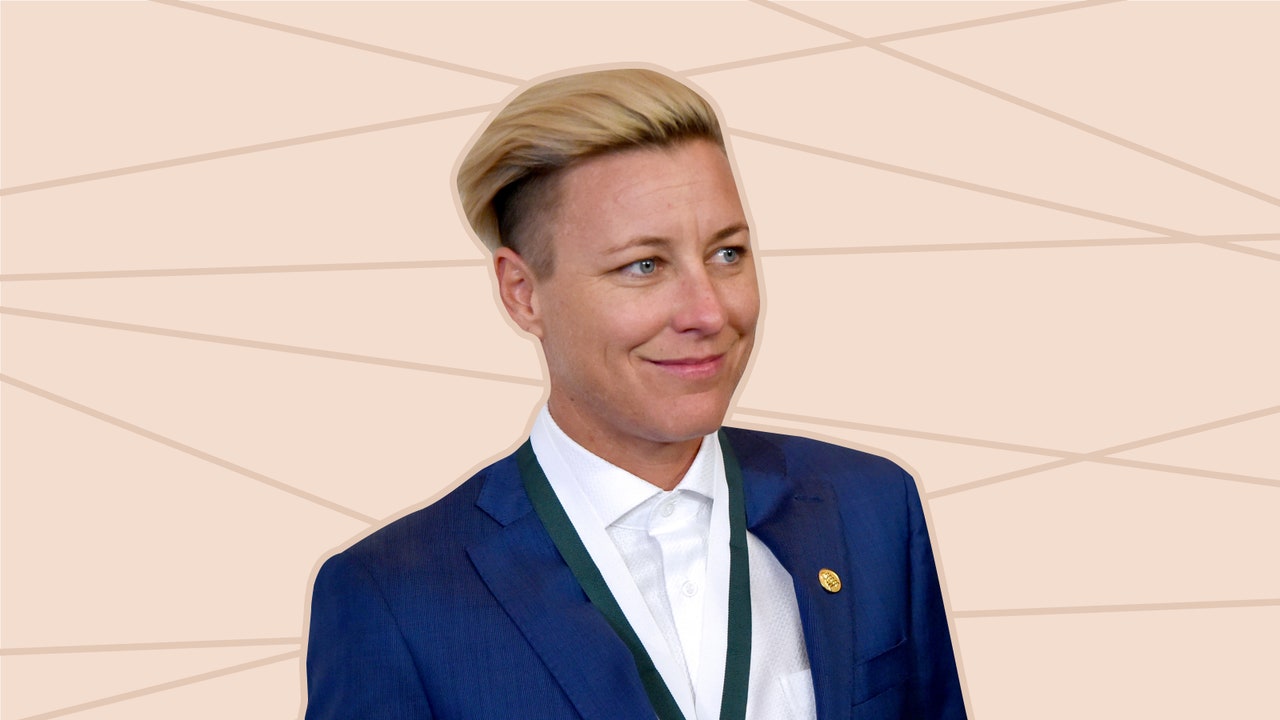 One of the most decorated female athletes of all time, sports speaker for hire Abby Wambach is a staple of women’s national soccer. After her retirement in 2015, sports speaker Abby Wambach has continued to be an avid activist off the field in both LGBTQ equality, equal pay, and children’s health research. Wambach is an ambassador for Athlete Ally, a non-profit focusing on ending homophobia in sports, along with Megan Rapinoe, and has worked with the Epilepsy Foundation Juvenile Diabetes Research Foundation. In May 2019 it was announced Wambach was elected into the National Soccer Hall of Fame, joining the ranks of the best player to ever grace the field. In addition Wambach has established herself as a successful celebrity speaker. Her inspiring movement started with her viral Barnard Commencement speech and continued with her foundation, Wolfpack Endeavor. An organization focusing on leadership and change. 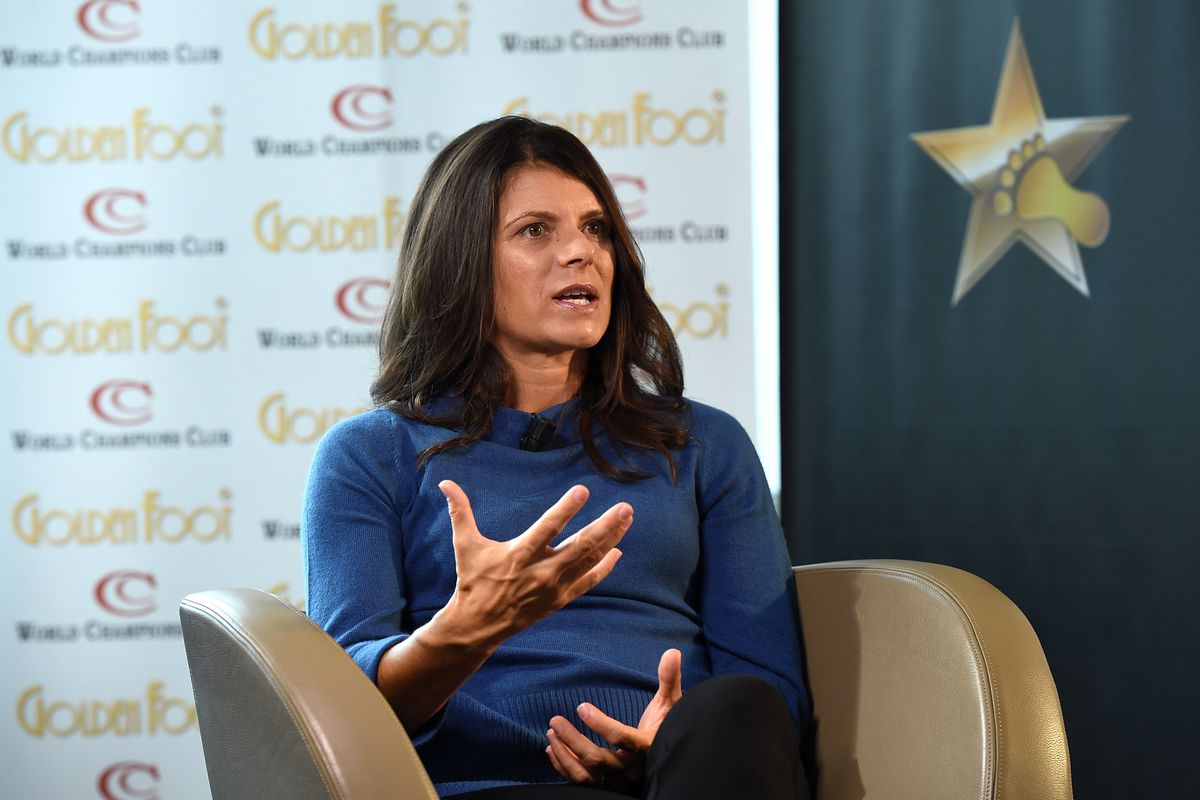 Known as one of the most marketable athletes of her generation, sports speaker Mia Hamm still holds the legacy and recognition that all athletes strive for. From Gatorade to Nike to Pepsi, Hamm has headlined campaigns with the top brands in the world. Beyond her days on the playing field, Hamm has stayed close to the game she loves, being a global ambassador for FC Barcelona, named to the board of the National Soccer Hall of Fame, and has an ownership stake in the soccer club, Los Angeles FC. Sports speaker for hire Mia Hamm has even gone on to write books about her love for the game including the national bestseller, Go For the Goal: A Champion’s Guide to Winning in Soccer and Life,and children’s book Winners Never Quit. 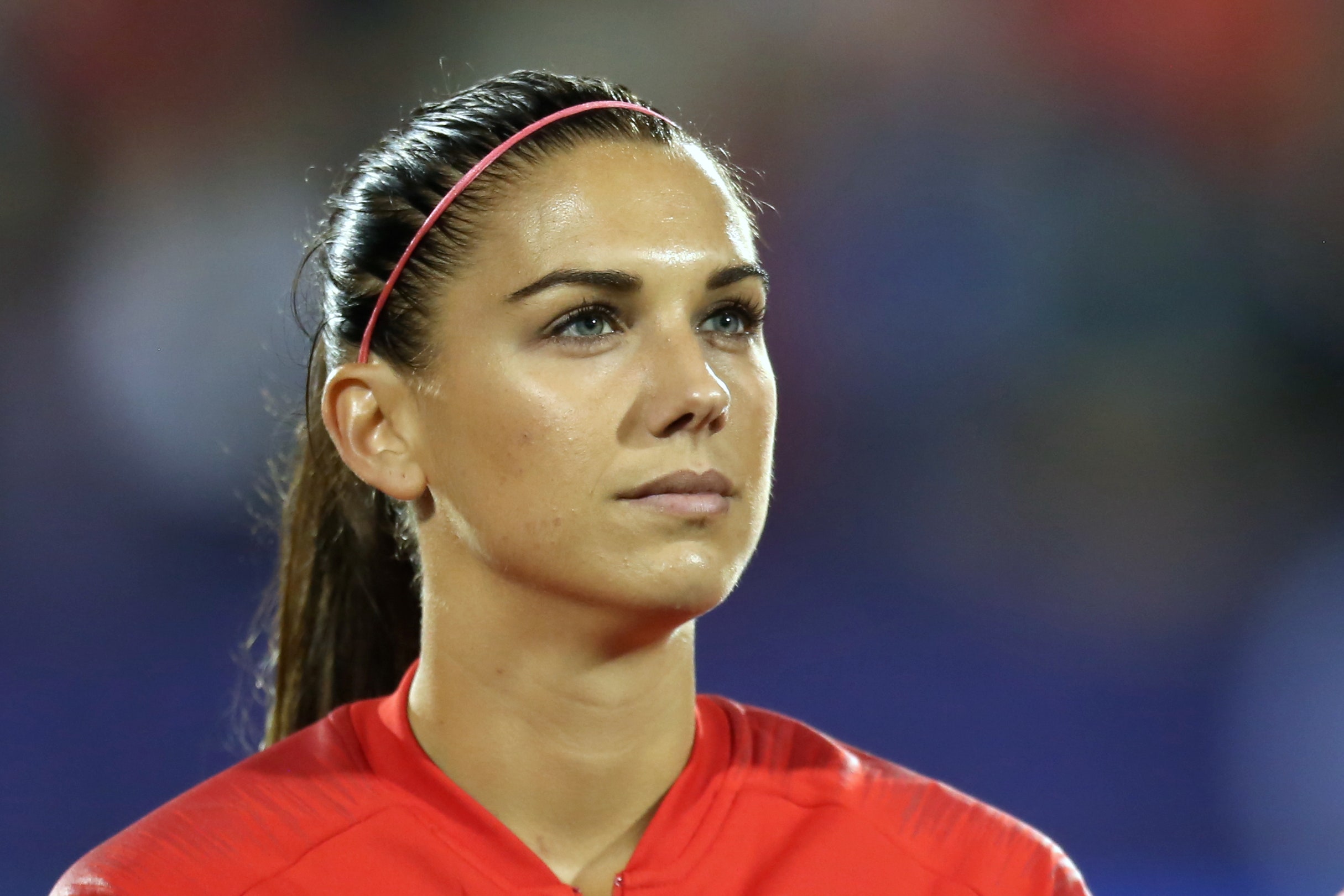 Olympic Gold Medalist, NY Times Bestselling Author, 2018 US Soccer Female Athlete of the Year. The list goes on and on for sports speaker for hire Alex Morgan. Morgan’s resume as a player speaks for itself, going from youngest player on the 2011 FIFA U.S. team to capturing Gold in 2012 and winning the 2015 FIFA World Cup. Longtime leader of the U.S. Women’s National team, Morgan was crucial in securing the States’ World Cup victory this year, and historical back to back run. Morgan was also recently featured on the May 2019 cover of Sports Illustrated Swimsuit edition, her second to date. With 5 million followers on Instagram and an international following, sports speaker Alex Morganis an all-world talent.

Now former coach of the U.S. Women’s National team Jill Ellis recently accomplished a historic feat. Ellis became the first head coach to win 2 World Cups after securing consecutive victories in 2015 and this past July. Starting in 2014, Ellis has had a highly successful tenure, leading to her decision to call it quits after the team’s victory tour just a week ago. After stepping down from her coaching duties, Ellis will stay involved in an ambassador role. After leading the latest generation of soccer stars, Ellis will move on towards the next phase in her life, leaving her legacy of national victory behind.

Current USA Soccer star and sports speaker for hire Megan Rapinoeis one of the most outspoken athletes in the media, and she has the cachet to back it up. Co-Captain for the US Team since 2018, Rapinoe is a fierce leader. She was instrumental in the Women’s World Cup victory this year, and part of the historical effort to secure back to back wins. She supports numerous LGBTQ organizations, including being an ambassador for Athlete Ally, alongside Abby Wambach, and was awarded the board of directors Award by the Los Angeles Gay and Lesbian Center. She also became part of the first same-sex couple on the cover of ESPN’s Body Issue, along with her partner WNBA Star Sue Bird. Rapinoe is also very outspoken in favor of equal pay and gender equality in soccer and all sports, notably questioning President Trump in an effort to create change. Sports speaker Kristine Lilly is a World Cup icon, playing a record-breaking 354 international matches for the U.S. and scoring 130 goals with two gold medals in her epic tenure. Much like Megan Rapinoe and Abby Wambach, Lilly has focuses her efforts towards raising gender equality in sports. Lilly supports the U.S. team’s legal actions against the Soccer Federation and encourages equal pay and coaching opportunities to be available to women in all roles. Women’s Soccer legend Julie Foudy has been engulfed in soccer for decades and continues to carry on the legacy of U.S. Women’s Soccer. Currently acting as an analyst for ESPN, Foudy acts as a color commentator for women’s soccer telecasts. In addition, Foudy has served as President of the Women’s Sports Foundation, has authored the book Choose to Matter: Being Courageously and Fabulously YOU, and co-founded the Julie Foudy Sports Leadership Academy, an organization focused on developing leadership skills in teenage girls. 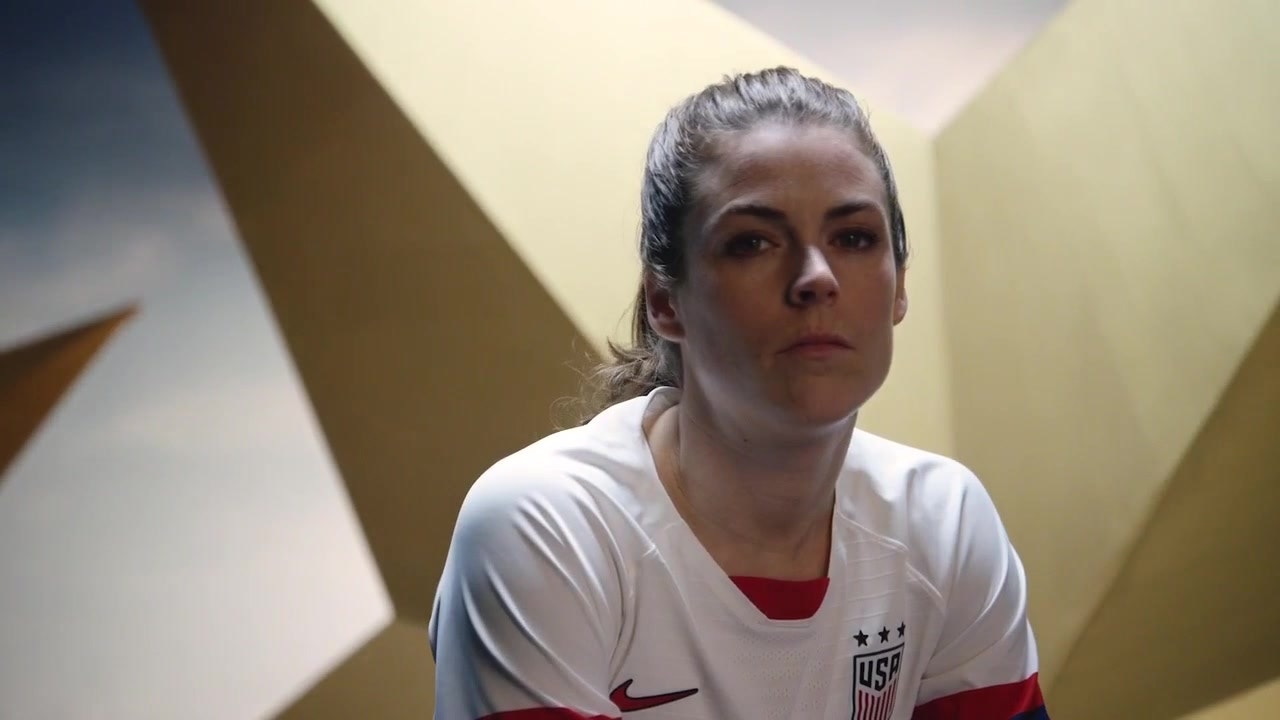 Sports speaker and U.S defender Kelley O’Hara was a huge factor in the women’s epic World Cup victory just a few weeks ago. The Georgia native has become a valuable piece to the historic squad and one of the unquestioned leaders on the field. After the U.S. won the World Cup, O’Hara had a heartwarming moment, embracing her girlfriend and coming out to the world in a unique and powerful way. The team is famously filled with icons for LGBTQ support and O’Hara shapes up to be the latest role model and catalyst for change. In line with her influential image, O’Hara is sponsored by Under Armor and has appeared in multiple campaigns for the apparel giant. 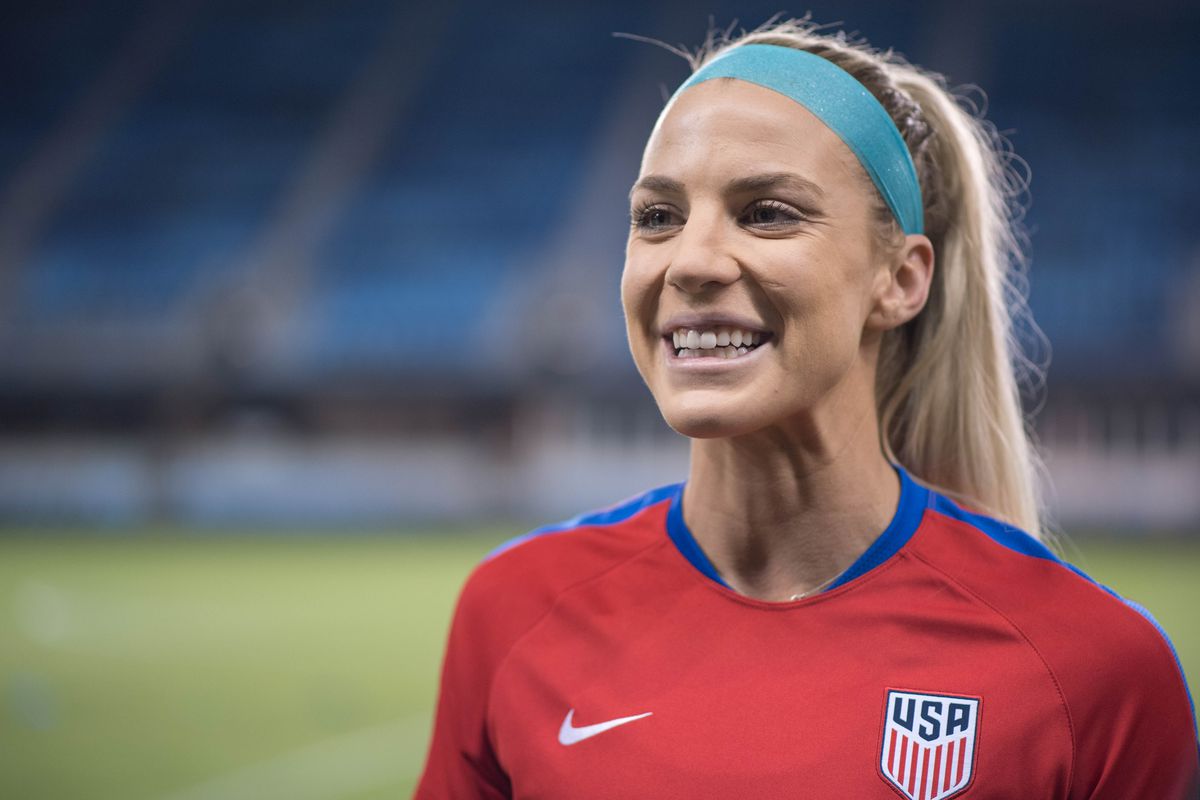 Current U.S. Women’s soccer player Julie Ertz is one of the new faces that has made noise this summer. The former U.S. Soccer Female Player of the Year helped lead the U.S. to another World Cup victory. The soccer star is also married to star NFL player, and sports speaker for hire Zach Ertz, tight end for the Philadelphia Eagles. He plays the role of cheerleader when she takes the field, serving as her biggest fan. The couple was featured in Sports Illustrated’s Body Issue in 2017. 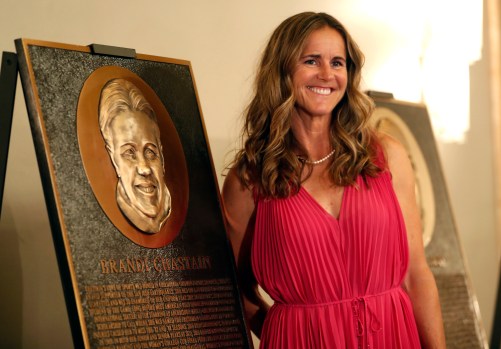 2017 and 2018 were big years for two-time Olympic Gold Medalist and FIFA Women’s World Cup Champion Brandi Chastain. Her years playing for the U.S. for over a decade were honored when she was inducted into the National Soccer Hall of Fame in 2017, and in 2018, was inducted into the Bay Area Sports Hall of Fame. The soccer icon continues to be an influential force in soccer representing revered brands including Nike, Gatorade and and Bud Light.