When it comes to the the most marketable athletes in the world, look no farther than the NFL. Whether its Tom Brady or Patrick Mahomes, the NFL boasts the most popular stars in sport, billions in endorsement deals, and much more. Looking at who the biggest faces of the game are now, we look to the latest Awards show, the NFL Honors for the top footballers in the game. 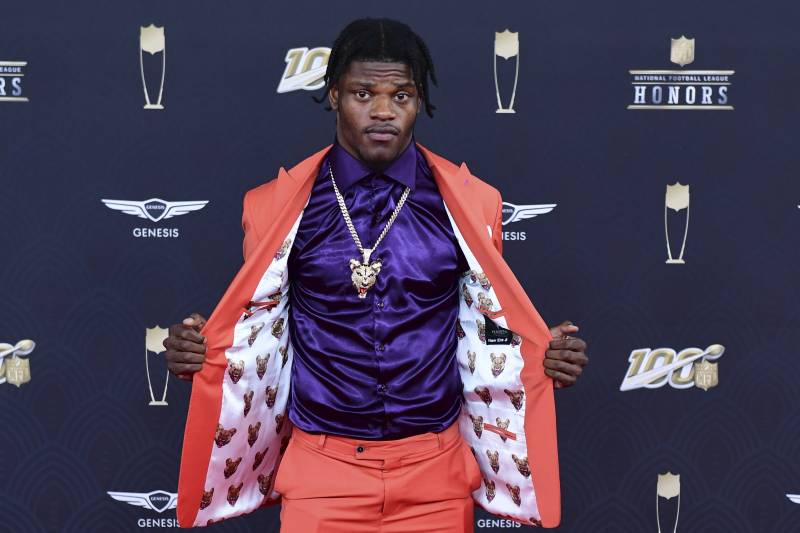 Lamar Jackson set the league ablaze this season. From 30th pick in the 2018 NFL draft to 2019 NFL AP Most Valuable Player. The QB for the Ravens broke record after record, electrifying the country with his highlight plays, reminiscent of a prime Michael Vick and even more. Leading the Ravens the first seed in the playoffs clinched his outstanding year, and what likely will be the first of many at the NFL Honors show. Perhaps the most marketable player in the league outside of Super Bowl MVP Pat Mahomes, Jackson is on top of the world right now. 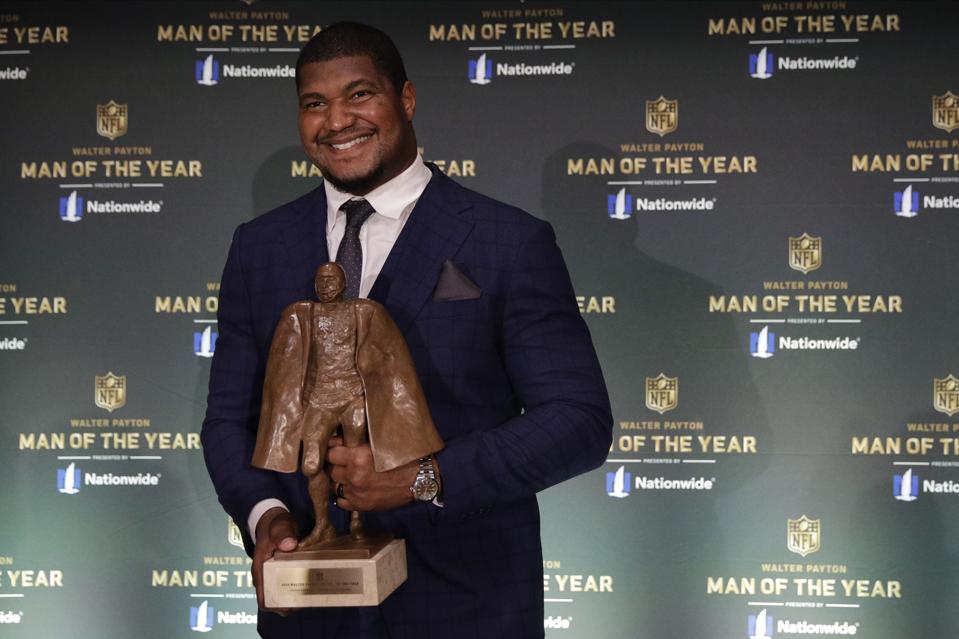 One of the lesser publicized awards of the night, Jacksonville Jaguars defensive end Calais Campbell took home the prestigious Walter Payton NFL Man of the Year Award for his outstanding service in the community.  Beating out 31 other worthy nominees from each NFL team, Campbell used his platform to do great work in the community, embodying what the great Walter Payton set as a precedent for those in his position. One of his main difference making initiatives that he has used to make a change in multiple communities is The CRC Foundation. The foundation, in honor of his father is committed to the enhancement of the community through the teaching of critical life skills to young people. 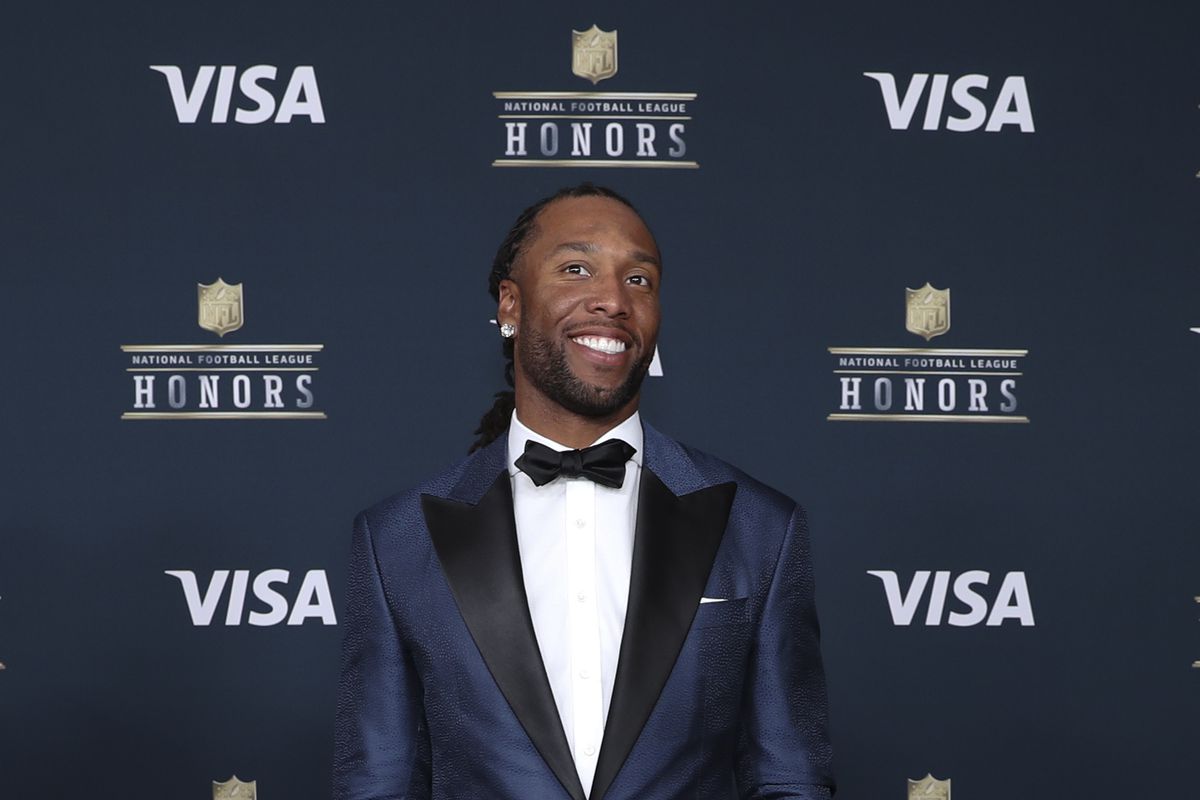 Revenge of the Birds

One of the best examples of a role model that the NFL has ever seen, Larry Fitzgerald has been the epitome of longevity and grace. The Cardinals receiver took home the Anything But Ordinary Player of the Year Award. The title of the award is definition of what Fitzgerald has been on the field for his long career, and with Larry committing to returning to the field for at least one more year, we will get the privilege of witnessing his extraordinary performances again and again.

Michael Thomas turned in one of the most dazzling offensive spectacles the league has ever seen, breaking the record for most receptions in a season in NFL history. His amazing season secured him the award for Offensive Player of the Year. As star player for the New Orlean Saints, at just 26 years old, Thomas is poised to be atop the NFL ranks for years to come. 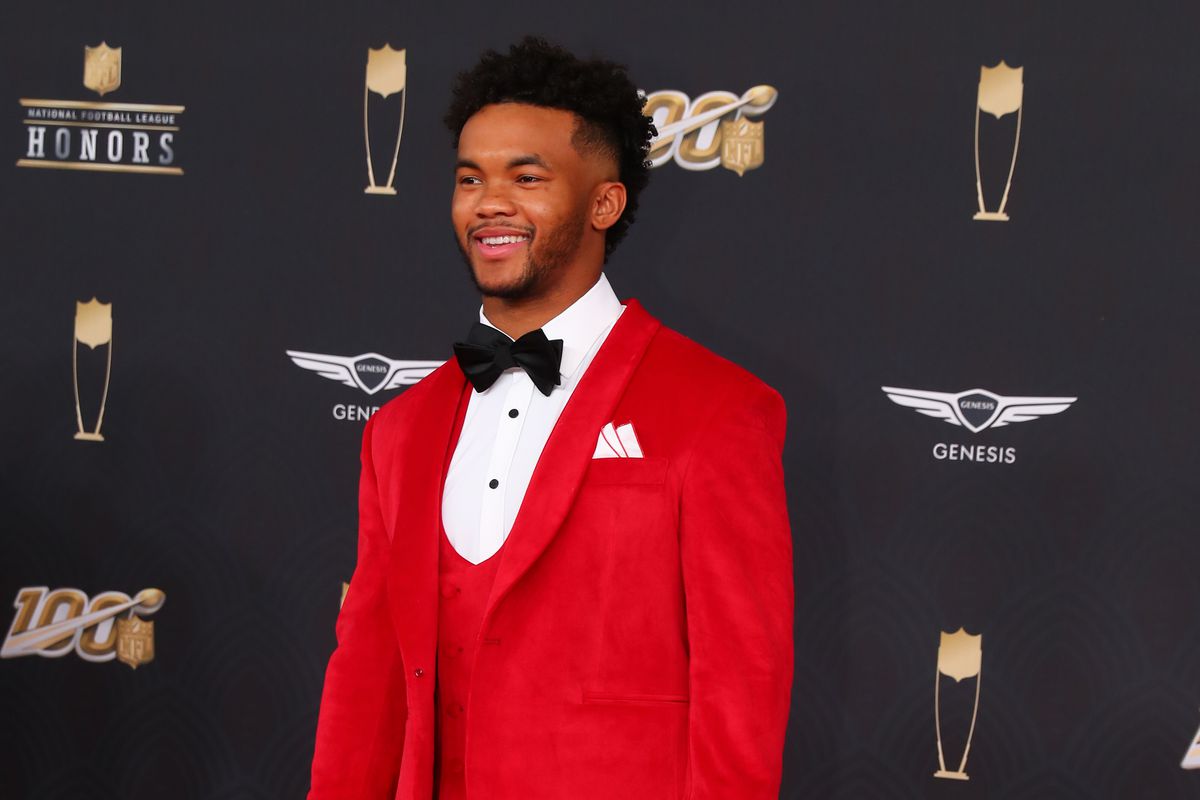 Revenge of the Birds

From first pick in the 2019 NFL Draft to NFL Rookie of the Year, it didn’t take long for Kyler Murray to establish himself as a force in the NFL. Alongside fellow Cardinal and award winner, Larry FitzGerald, Kyler defied the odds and proved all naysayers wrong who doubted his ability to lead an NFL team, helping the Arizona Cardinals to a good starting point for what should be a very promising career. 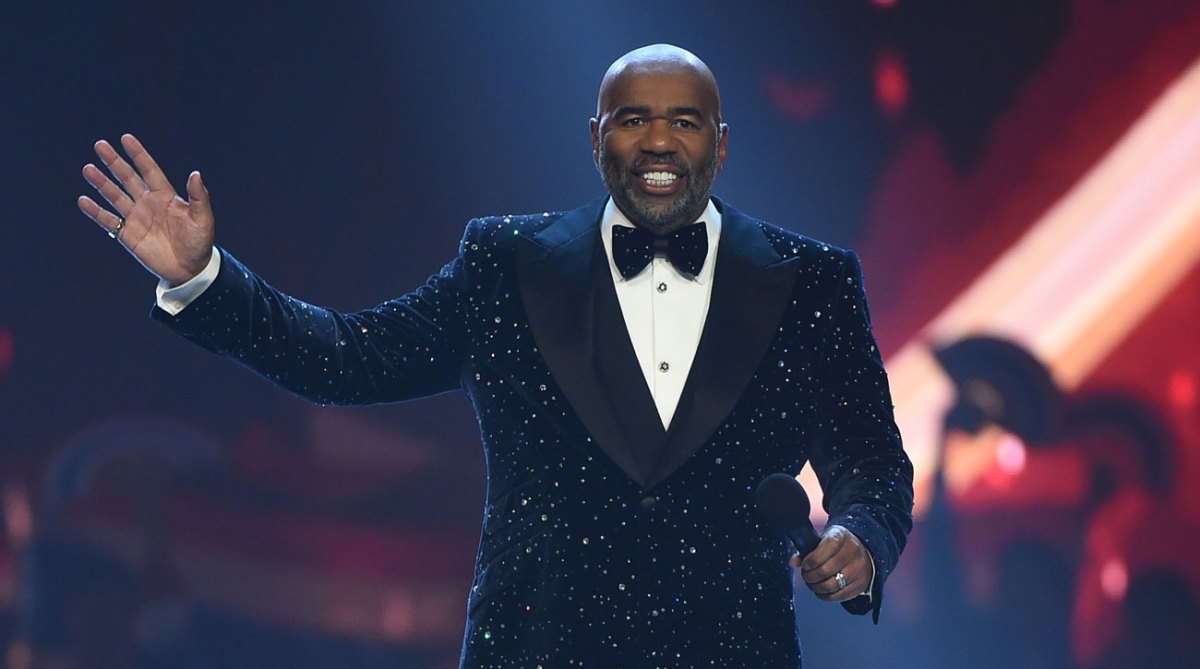 We can’t mention the NFL Honors without including their famous host, which this year was Steve Harvey. Harvey had the privilege of headlining the show, poking fun at many different players and introducing some of the best the game has to offer. Harvey is no newcomer to hosting award shows and his latest performance at the NFL Honors continues his legacy as one of the best presenters and MCs in the industry.

San Diego Chargers legend Donnie Edwards was awarded with the 2019 Salute to Service Award presented by USAA. The 13 year vet and All-Pro linebacker was honored for his work with military personnel. Inspired by his grandfather who served in WW2, Edwards he founded the Best Defense Foundation to help support two of his passions: youth outreach and military programs. Combining these two very important sectors, both in much need of support, Edwards was able to make a deep impact in many communities. 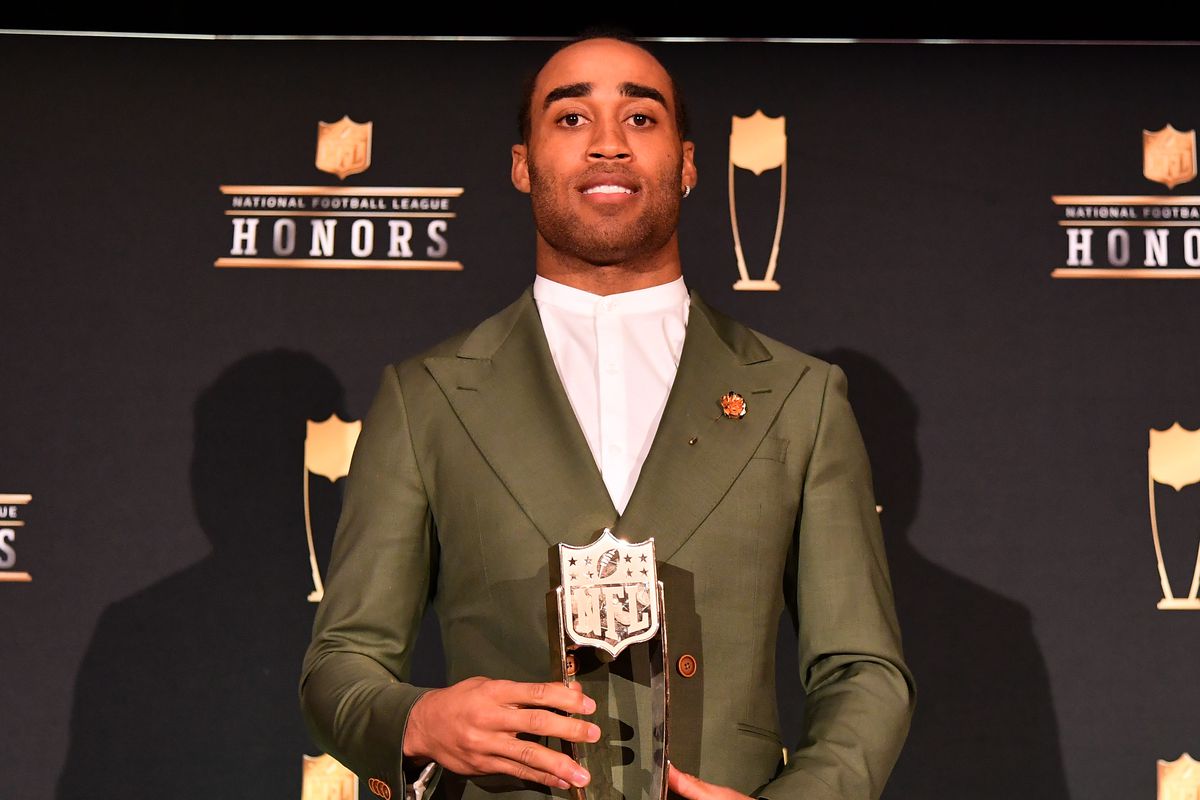 Tom Brady might have not been in the running for an award this year, but Patriots star defender Stephon Gilmore was. Gilmore took home the Defensive Player of the Year Award after anchoring the Patriots fierce defense across the course of the season. Although the Patriots didn’t experience the same success as they have in previous year, Gilmore will return to headline their fierce defense in hopes to deliver them a Super Bowl once again. 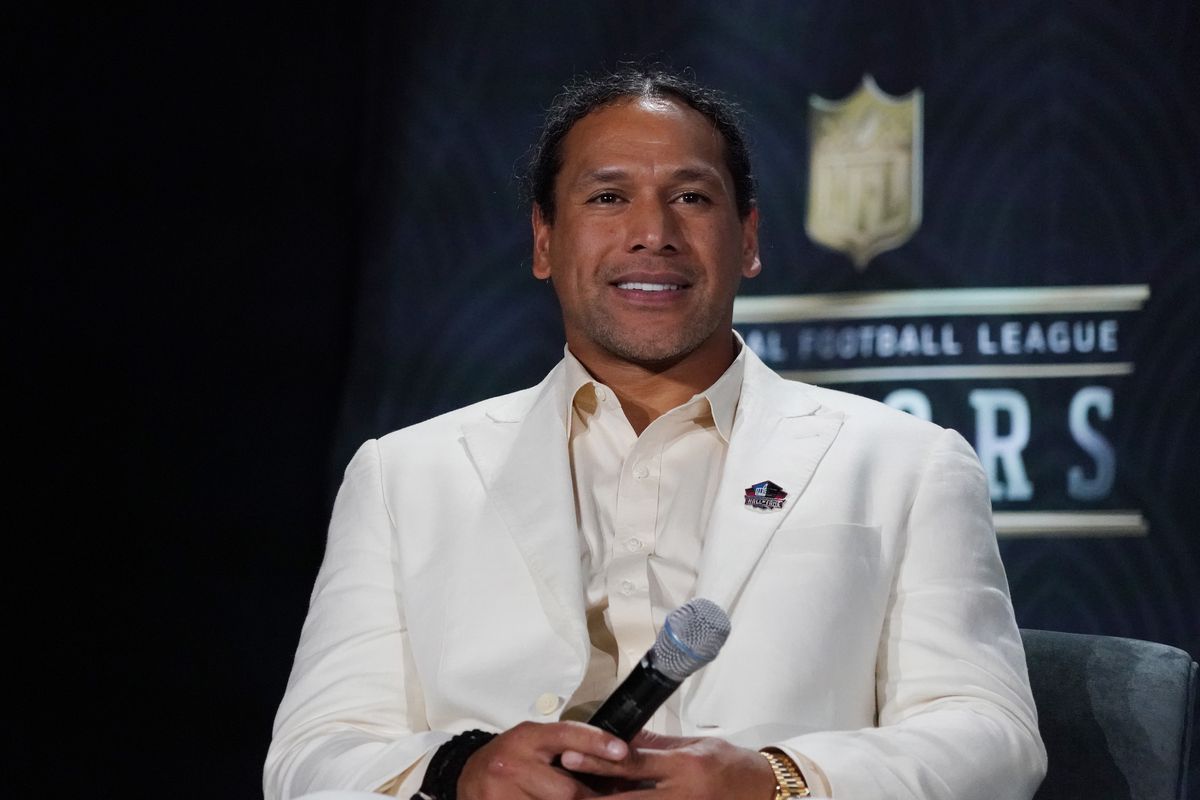 Part of the Honors show was the announcement of the 2020 class of the Pro Football Hall of Fame. Steve Atwater, Isaac Bruce, Steve Hutchinson, Edgerrin James and Troy Polamalu were named as the inductees. Polamalu stands out among a prestigious class, as the Steelers legend is still one of the most marketable talents in the game, recently appearing in an Old Spice commercial alongside NFL MVP Patrick Mahomes, debating offense vs defense, once again featuring his trademark luscious hair. Polamalu has a promising second act ahead of him, and he can now add Hall of Famer to his already impressive resume.

Adrian Peterson is already known as one of the best modern running backs in NFL history. While he is in the last few years of his legendary career, much like Larry Fitzgerald and Tom Brady, he is still accomplishing so much. Taking home the Art Rooney Sportsmanship Award for his admirable class while in the league, Peterson can add this award to his very long resume. Presumably returning for another season in the NFL, Peterson will look to further add to his already impressive stats, and continue to embody the sportsman in his position.