Awards seasons kicked off triumphantly with the Golden Globes, and we have all the trending celebs who made appearances on and off the Globes stage.

Ricky Gervais, the host of the Golden Globes 2020, kicks off the ceremony with a monologue. As this year is his fifth time hosting the awards ceremony, he begins with some dry humor. He gets the audience’s attention with jokes about Baby Yoda and Joe Pesci, Felicity Huffman making license plates, “Cats,” and Martin Scorsese’s height. The harsh humor offended some, and even Gervais could not state one of his jokes without hesitating. Since the awards, he has tweeted about the monologue and the hate it has received.

Brad Pitt won his second ever Golden Globe for Best Performance by an Actor in a Supporting Role in “Once Upon A Time…In Hollywood.” This film won the highest amount of awards of the night. Pitt’s speech went viral because he referenced Leonardo DiCaprio’s role in Titanic, stating that he would have “shared the raft” with DiCaprio.

Awkwafina starred in The Farewell, which led her to receive Best Actress in a Motion Picture, Musical or Comedy during the Golden Globes. She is the first Asian-American woman to win a Golden Globe in this category. This wasn’t necessarily surprising, as the film had been all the talk, although she did have some serious competition in this category.

The Best Director of a Motion Picture category was one of the most intense awards of the Golden Globes 2020. Sam Mendes pulled off the award with his film 1917, which was a war drama. Competitors for this award included Martin Scorsese for his film The Irishman along with Quentin Tarantino for Once Upon A Time…In Hollywood. Other competitors Bong Joon Ho and Todd Phillips. 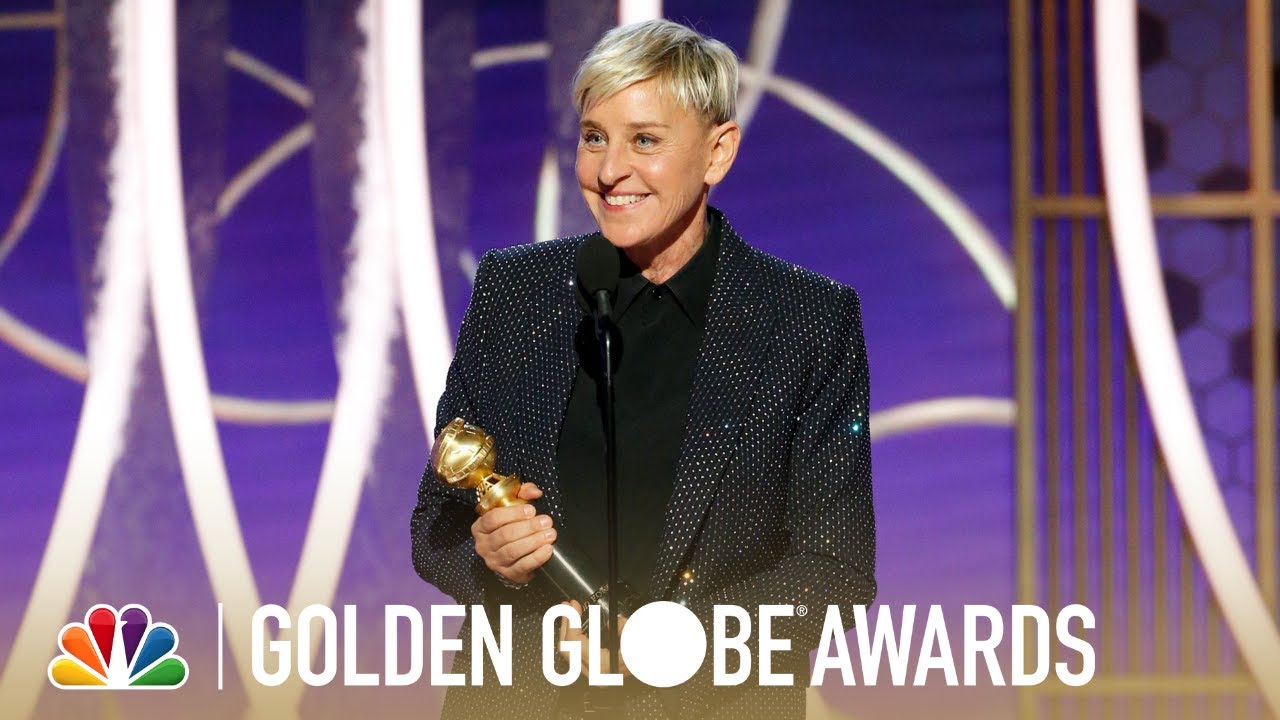 Ellen DeGeneres was awarded with the Carol Burnett TV Achievement Award at the 77th Annual Golden Globe Awards. This award was presented to Ellen by Kate McKinnon, who shared a list of things that Ellen has brought to television. Kate stated that Ellen “risked her entire life and her entire career in order to tell the truth, and she suffered greatly for it. Of course, attitudes change, but only because brave people like Ellen jump into the fire to make them change, and if I hadn’t seen her on TV I would’ve thought, ‘I could never be on TV, they don’t let LGBTQ people on TV’ and more that that, I would’ve gone on thinking I was an alien and that I maybe didn’t even have a right to be here.”

Patricia Arquette was awarded with Best Supporting Actress in a Series, Limited Series or TV Movie for her role in “The Act.” Her acceptance speech was one that has been among the buzz of the awards ceremony. After thanking many people, Arquette stated, “I know tonight, January 5, 2020, we’re not going to look back on this night in the history books. We will see a country on the brink of war, the United States of America. A president tweeting out a threat of 52 bombs, including cultural sites. Young people risking their lives traveling across the world. People not knowing if bombs are going to drop on their kids’ heads. And the continent of Australia on fire.” She concludes with encouraging everyone to vote in 2020, which will lead to a better world for the kids of America. 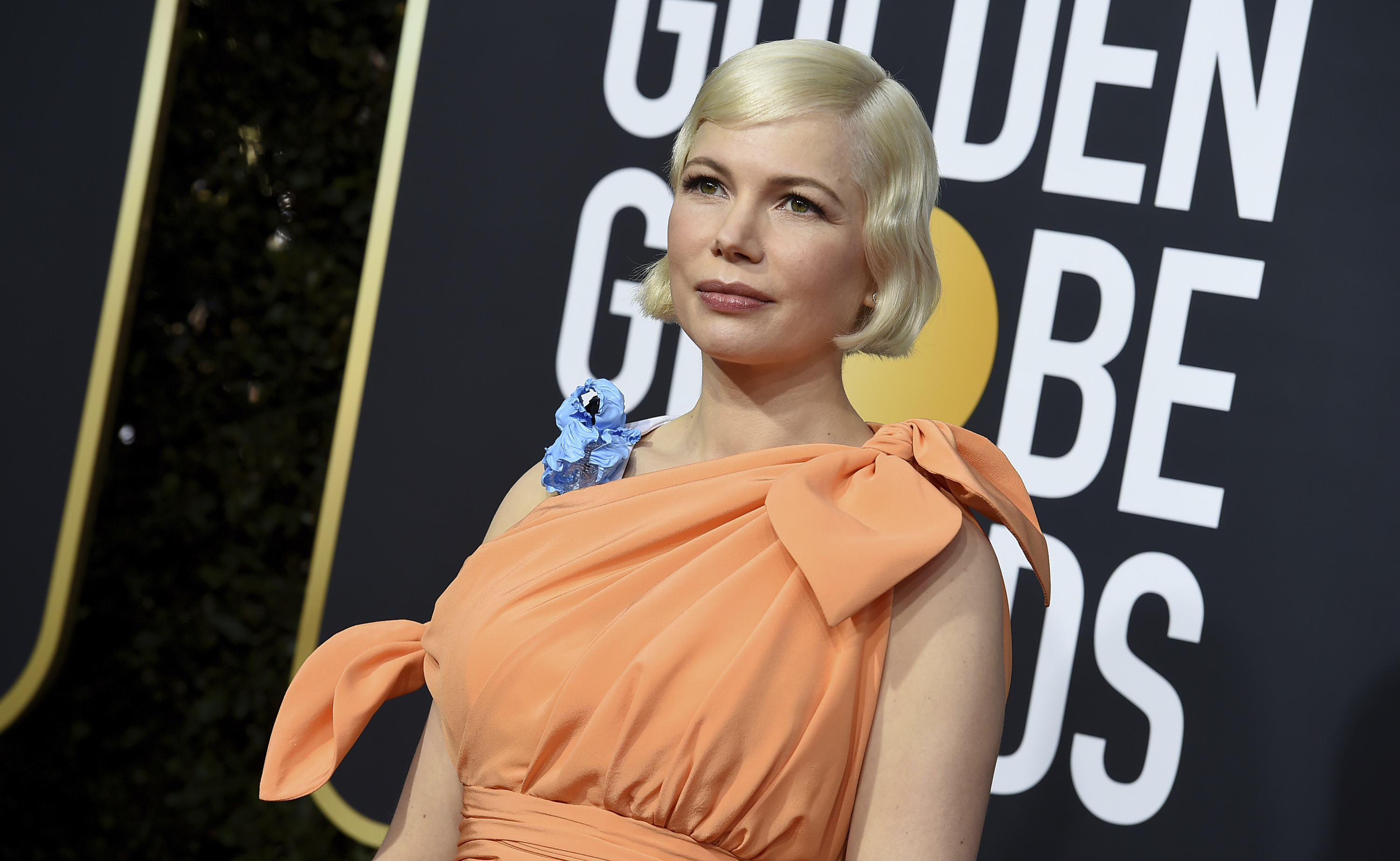 Michelle Williams was awarded with Best Actress in a Television Drama for her role in Fosse/Verdon. She also shared emotionally in her acceptance speech about the women’s right to vote and to choose their lifestyle. She stated, “To choose when to have my children and with whom, when I felt supported and able to balance our lives as all mothers know that the scales must and will tip towards our children. Now I know my choices might look different than yours, but that God or whoever you pray to, that we live in a country founded on the principles that I am free to live by my faith and you are free to live by yours.” Williams then encourages women to utilize their right to vote because women are the largest voting body in the United States.

Russell Crowe won for best actor in a limited series or TV move for his performance in “The Loudest Voice.” Crowe was a no-show at the Golden Globes this year; Jennifer Anniston, his presenter, explained, he “could not be here with us tonight because he is at home in Australia protecting his family from the devastating bush-fires.” He sent in a statement to be read if he won an award that said, “Make no mistake in the tragedy unfolding in Australia is climate change based. We need to act based on science, move our global workforce to renewable energy and respect our planet for the unique and amazing place it is- that way we all have a future. Thank you.”

Tom Hanks was presented with the Cecil B. DeMille Award by Charlize Theron. Theron spoke about Tom Hanks casting her in one of her first roles during his first directional effort. Following her emotional introduction, Hanks took the stage and began to share the lessons that he has learned in the duration of his career. Tom Hanks got emotional, as did the audience.